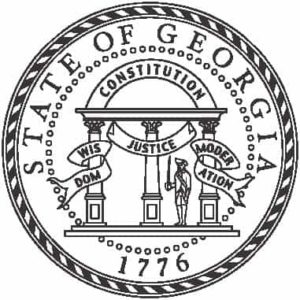 The coveted awards will be bestowed at the 2019 Governor’s Sterling Award Banquet at the JW Marriott Orlando Grande Lakes on Friday, May 31, 2019.

Combined, the two state award processes have recognized excellence for 50 years, honoring organizations and businesses that have successfully achieved performance excellence within their management and operations. Last year, the Florida Sterling Council partnered with the Georgia Oglethorpe Award to administer its processes.

The Florida Department of Health in Collier County (DOH-Collier) is headquartered in Naples, Florida. DOH-Collier has 200 employees who provide services from five locations, including the Immokalee Clinic. Collier County has a full-time population of about 358,000 that increases by 20% from October to May with seasonal residents and migrant farm workers. The county is also host to 1.78 million annual visitors. DOH-Collier is the lead agency providing core public health services within the county. These services include statutorily mandated services and other federal, state, and locally funded programs, including clinical and nutritional services, WIC, community health planning and statistics, emergency preparedness and response, environmental health, infectious disease services, and vital statistics. Hurricane Irma made landfall in Collier County on September 10, 2017. At the county’s only special needs shelter, 120 employees cared for over 700 people with special medical needs around-the-clock.

The Department builds and maintains its relationship with community partners through a robust system of service and leadership on many community coalitions, taskforces and committees to achieve its Values of ICARE – Innovation, Collaboration, Accountability, Responsiveness and Excellence.

The Florida Dept. of Health in Collier County is a first-time recipient of the Governor’s Sterling Award. It is the fifth Florida Department of Health county organization to be recognized.

Established in 1957, the hospital functioned independently as a 25-bed facility before joining WellStar Health System in 1994. In 2014, WellStar Paulding Hospital relocated to a state-of-the-art, 295,000 square foot facility and later expanded in 2016 to 112 beds. The hospital’s service area consists of Paulding, Douglas and Cobb counties.

The hospital has consistently demonstrated sustained high levels of performance that exceed relevant comparisons in measures of its core competencies: patient safety and workforce engagement; and financial and market performance.

The Orange County Public Schools, Human Resources Division, and its 91 team members, provides three key workforce services to the school district, including planning, securing capacity and capability, and developing and retaining staff. Orange County Schools is the ninth largest school system in the United States and the fourth largest in Florida, serving over 211,000 students attending approximately 200 locations. The District has 25,145 employees. The Division demonstrates visionary leadership by focusing on sustainability of the organization through communicating the District’s values. It fulfills its mission by aligning division strategic planning with the district’s goals, in daily operations at the departmental level, growth and development of employees, continuous improvement and innovation, and with stellar customer service.

Also on Friday, May 31, the Florida Sterling Council will recognize two organizations for their best practices. The Lee County Tax Collectoris being recognized for Workforce Retention and Development. TheSchool District of Palm Beach County Human Resources Divisionis being recognized for Customer Focused Excellence. Both organizations completed rigorous assessments which culminated in these Best Practice recognitions.

About the Governor’s Sterling Award

Established in 1992, the Florida Sterling Council is a public/private not-for-profit corporation supported by the Executive Office of the Governor. The Council oversees the Governor’s Sterling Award for Performance Excellence and administers the Georgia Oglethorpe Award.  The Awards are presented annually by the Governor to high performing, role-model organizations, both private and public, who demonstrate superior management approaches and role model results.  The Awards are presented at the culmination of the annual Sterling Conference that teaches participants how to elevate performance and increase productivity. Nearly 700 executives and professionals gather at this event each year for a one-stop source for education, information and inspiration. The conference concludes with the recognition of best practices and the Team Showcase Champion. For more information, contact Dione Geiger at (850) 922-5316 or visit www.floridasterling.com.